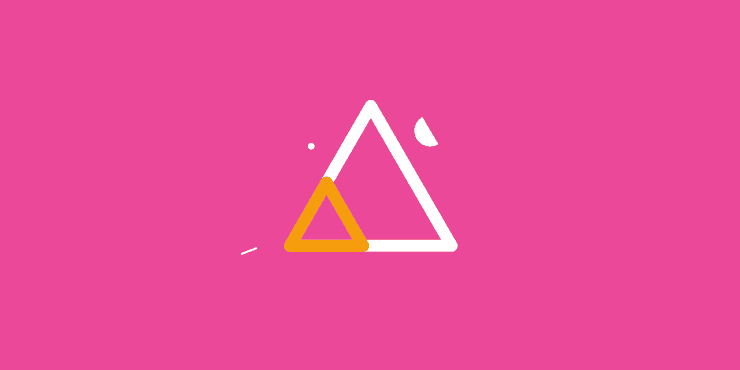 What Is Scope Creep? (Causes, Examples and Top Tips!)

On the morning of 12th March 1928, a leak was discovered in the St. Francis Dam – built just two years earlier, about 40 miles northwest of Los Angeles in the San Francisquito Canyon.

Later that day, the dam burst. More than twelve billion gallons of water surged at 18mph down the canyon in a 120 foot-high wave, not only causing devastating damage but also claiming the lives of 431 people.

How could this happen? A newly built structure, failing and collapsing in such a catastrophic way?

It turns out that the culprit was scope creep. Defined as ‘the uncontrolled extension to product or project scope without adjustments to time, cost and resources,’ scope creep was, and still is, one of the biggest challenges faced by project managers.

During the inquest into what had happened at St Francis Dam, it transpired that the original capacity of the reservoir was to be 39m cubic metres of water, and it was to rise 185 ft above the stream bed level.

However, at some point during the building process, the height of the reservoir was changed to 205 feet, in order to increase the storage capacity of the reservoir to 47m cubic metres. Crucially, the base of the dam wasn’t widened to accommodate this additional volume of water – which made disaster inevitable.

Now, hopefully, the impact of scope creep on your projects won’t be anywhere near as catastrophic as this.

But there’s no doubt that scope creep remains a constant menace. Unchecked, it can cause projects to go over budget, miss deadlines, and result in lower quality work.

In extreme cases it can lead to projects being scrapped altogether – never a good look!

So in this guide, we’ll discuss what scope creep is, what causes it, and how to avoid it.

We’ll also provide some helpful tips you can use to make sure your next project stays on track!

What is scope creep in project management?

It’s probably best to start here by actually defining ‘scope.’  When we talk about the scope of a project, we’re basically talking about things like:

Scope creep is when the scope of a project – all the things we mentioned above, plus potentially some others – starts to expand beyond what was originally agreed upon.

Whoever invented the term ‘scope creep’ did a great job – because it hints at the minute, insidious nature of it.

To put it crudely, scope creep is sneaky: it rarely presents as something obviously transformative. It generally looks like a little tweak here or there – but that little tweak can create huge knock-on effects, like the proverbial butterfly effect.

Anyway, for now, let’s just say that scope creep can be a big problem: it can lead to projects going over budget, missing deadlines, and delivering lower quality work.

And, as we’ve already mentioned, in extreme cases, scope creep can even cause projects to be scrapped entirely!

The causes of scope creep

There are a few different things that can cause scope creep.

One of the most common causes is changes in direction from stakeholders.

Stakeholders are the people who have a vested interest in the project – usually, they’re the ones who will be using or benefiting from the end product.

They might change their mind about what they want from the project, or ask for additional features that weren’t part of the original scope.

The problem is – as with our original example – that relatively modest changes to the project scope can create huge knock-on effects in terms of additional changes, extra resources, extra work and increased costs.

Another common cause of scope creep is simply unforeseen circumstances – and this can be much trickier to navigate because (duh!) you don’t see it coming.

This could be anything from bad weather delaying construction work, to a supplier not being able to deliver materials on time.

Sometimes, scope creep can even be caused by the project team itself!

For example, if the team underestimates how long it will take to complete a task, that can lead to scope creep – because, suddenly, the timelines of a project are disrupted, which comes with a host of implications around cost and project viability.

We’ve already hinted at one historic example, but to put it in more ‘every day’ terms, scope creep might look like more familiar as one of the following scenarios:

In any of these cases you can see the problems.

Extra work needs to be done in terms of planning.

Some materials already used, and work already done, might be rendered redundant.

Of course, these changes may all be possible – but there are sure to be considerations in terms of the budget, timelines that need to be accommodated and factored in.

Just going ahead and accepting ‘creep’ without fully considering and addressing every implication and making sure everything still adds up, is the clearest path to loss, damage and failure!

How big a problem is scope creep?

According to Project Management Institute research, 37% of project failures are the result of a lack of ‘clearly defined objectives and milestones to measure progress’ – making this the single biggest cause of project failure.

And it’s not just small projects that are affected – even large, complex projects can fall victim to scope creep.

How to avoid scope creep

Now that we’ve talked about what scope creep is and some of the things that can cause it, let’s take a look at how you can avoid it.

Here are a few tips:

It sounds basic but, if things aren’t clearly defined in the early stages of a project, the door is left wide open to scope creep.

Get crystal clear about those things we mentioned earlier on: deliverables, resources, timelines, budgets.

What EXACTLY are you creating?

Who exactly is doing it, and with what materials? How long will it take? When will it be delivered? How much will it cost?

Make sure you have a detailed project plan that outlines all of this and is clearly understood by everybody involved. There should be zero room for vagueness or misinterpretation here.

Get buy-in from all stakeholders before starting work on the project. It can be annoying to hold back on starting work while these things are discussed and understood, but – compared to the potential damage of leaving things ambiguous – it’s well worthwhile.

After all, it helps to ensure that everyone is on the same page and there are no surprises later on.

It’s always good to ask the question ‘What if?’

Your answer to this question forms the basis of your process around what’s sometimes called ‘change management.’

Essentially, this is your process for dealing with changes that DO pop up.

Most projects are far less linear than having ‘one’ stakeholder calling all the shots. There are generally a small group of people making decisions and they’ll have their own political dynamic.

A change management process will help you and your team understand, if changes are requested, what’s the process for putting these in place, who needs to be involved in the discussions and who needs to sign it off?

This will help to ensure that any changes to the scope are agreed upon by all stakeholders before they’re implemented – and all considerations are duly made before rushing headlong into changing things.

There’s no substitute for monitoring a project closely as it progresses. This will help you to identify any potential scope creep early on and take steps to prevent it.

Using a project management tool like Project.co, gives you access to powerful task views. You can get instant visibility and clarity over who’s working on what, which deliverables are due, and where the bottlenecks/delays are.

This typically means multiple streams of conversation – which, without any malicious intent, can unfortunately create HUGE problems.

After all, it’s innocent enough to discuss some project details by email. but the problem is, the discussion is hidden from view of the rest of your team.

That’s why it’s a good idea to keep communication out in the open, in a dedicated place, accessible to everyone who needs it. This means changes can be fully understood and addressed, and referred back to when necessary in understanding the changing scope of a project.

Be prepared to say no

Not the most technical advice but ‘No’ is often the magic word when it comes to business and that’s definitely the case in avoiding scope creep.

It can be difficult, but sometimes you need to stand your ground and say ‘no way Jose’ to changes that would cause scope creep.

If you’re not a ‘no’ person, then at the very least, you need to master your ‘Yes, but…’

This is often the most effective way to manage scope creep when you’re delivering a service.

When faced with a request from a client that would change the scope of a project, you can reply…

Follow this up with your honest interpretation of what said change would lead to. It might result in going back to an earlier stage of the process, it may incur additional costs, it might take longer – maybe it’s all 3 of those things.

But in any case, when you empower your client or stakeholder to make an educated decision, you’ll often find they see the value in sticking to the original project scope, which makes the problem go away!

So, there you have it.

Scope creep can be a huge problem for project managers, resulting in projects running late, missing the mark or going over budget.

There’s no silver bullet for dealing with it – but keeping your eyes open, understanding exactly what it is, and being alive to the issues caused by tweaks and changes, will give you the best possible chance of avoiding scope creep and keeping your project on track!

It’s totally free to set up an account so you can kick the tyres and – if you like the look of it – you can invite your team and clients, and start to manage your projects like a pro!