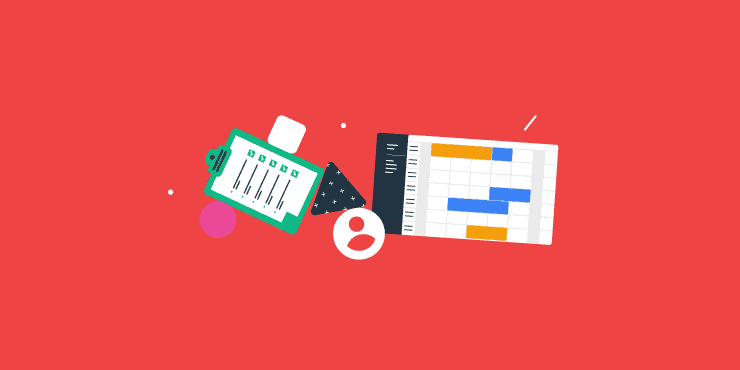 From ‘mind map’ to ‘brainstorm,’ and ‘guarantee’ to ‘warranty,’ there are certain words, in business and life, that are destined to be forever used interchangeably.

And so it is with ‘program manager’ and ‘project manager.’ Two crucial roles, with many similarities and crossovers – and subtle but important differences.

If you’re working in a large organisation, chances are you’ll come across both these roles.

So, in this article we’ll run down the differences between the two.

We’ll talk about what separates a ‘program’ and a ‘project’ – and how those things fit together.

And we’ll discuss how project managers and program managers are both essential in, ultimately, achieving success!

The key to understanding the difference between program management and project management, lies in the actual definition of a ‘program’ as opposed to a ‘project.’

A project is a one-time effort to create a unique product or service. It tends to have quite a narrow focus – it has a clear budget, a clear end date, and short-term goals focused around deliverables or outcomes.

A program, on the other hand, is a collection of projects that are all related to each other and share a common goal. A program generally has a much broader focus, encompassing a range of different activities and initiatives and – rather than focusing on short-term goals and deliverables – it’s about achieving wider strategic objectives and visions.

To illustrate this slightly, a program might be a new product launch – let’s say, a new pair of sports shoes.

Within that would fall a variety of projects: a launch video, a web page, product descriptions, social media ad campaigns, product photography, PR placements, organising of reviews, a physical launch event, and so on.

Each of the projects has a specific outcome which helps towards the ultimate goal of the program: a successful launch.

To use another example, think of NASA’s Apollo program of the 1960s. The program goal was to put an astronaut on the moon and bring them home safely.

But within that, there would have been an almost unimaginably long list of projects covering everything from spacecraft design to rocket testing and astronaut training.

Building a flight computer, or a communications system, or a lunar excursion module, each would be an individual project.

But in order to make sure these components actually integrate and work with each other, so that the overall objective can be achieved, you need a highly competent and organised program manager.

Still with us? Good!

What is a project manager?

Just because tasks are ‘individual’ parts of that bigger picture, that’s not to say they’re simple.

Each project will have its own schedule, tasks, people, budget and deliverables.

These things don’t just come together on their own, and that’s where your project manager comes into play.

A project manager is the person who oversees all those elements of an individual project.

They’ll typically oversee everything from the project plan, coordinate with different teams where necessary, and ultimately they’re accountable for making sure their specific project stays on track.

It’s a deeply functional role: a clear outcome or deliverable, within a clear time frame, and a clear budget. But there’s also a need to be agile – respond where there are issues and delays, and make sure things stay on track.

What is a program manager?

A program manager, on the other hand, is responsible for overseeing all aspects of a program.

They have oversight of a number of different projects meaning a lot of scope in their role – and lots of people reporting into them!

They tend to have less input on the granular, day-to-day stuff, but they need to be highly organised and keep across lots of things happening at once.

While both program managers and project managers play vital roles in ensuring the success of their respective programs and projects, there are some key differences between the two.

For one, program managers typically have more experience than project managers. It tends to be a more senior role so people often ‘ascend’ to the level of program manager.

They also have a more strategic overview of the program or initiative – whereas project managers focus mainly on the day-to-day operations. It’s a cliche but you might think of your program managers as architects, whereas your project managers are builders, painters and engineers bringing that vision to life.

Another key difference is that program managers often work with multiple teams simultaneously, whereas project managers typically only work with one team at a time.

This means that program managers need to be extremely organised and good at multitasking, while project managers can focus their attention on a single project.

Despite the differences between the two roles, program managers and project managers face many of the same challenges.

For both roles it’s mission critical to have clear oversight and great communication. Using project management software is a simple but crucial way to make sure managers – both program and project – have clear visibility of where things are up to, so they can spot bottlenecks and problems, and deal with them as they arise.

Ultimately, both program managers and project managers are essential for the success of any organisation.

But while they share some similarities, there are also some key differences between the two roles.

In any case, whether you’re a project manager, program manager – or had never heard of either of these roles before opening this article, and just want to be more organised and productive! – we’d love you to take our project management tool for a test drive. It’s designed to help teams just like yours be happier, more efficient and more productive!